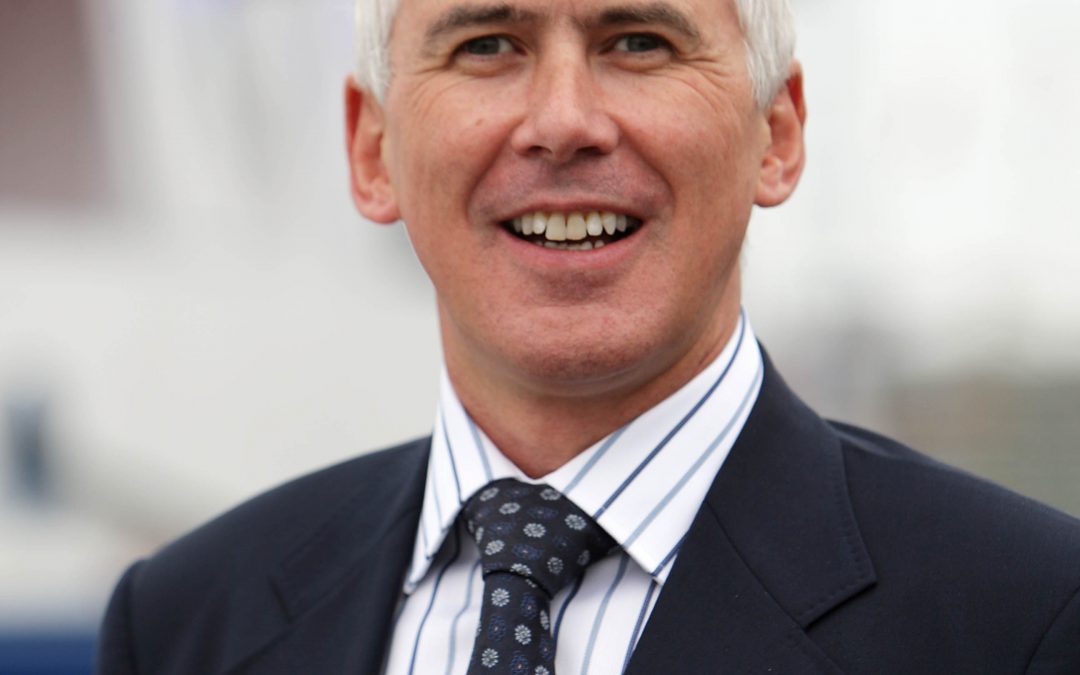 The Chairman of Londonderry Port and Harbour Commissioners Garvan O’Doherty has welcomed the commencement of work on  an £81m biomass renewable power plant being built at a Foyle Port site at Lisahally.

Speaking as the first sod was turned this week, Mr O’Doherty said the location of this renewable power project at Lisahally “demonstrates the strength of the port’s ability to facilitate major industrial projects of strategic importance to the north west region”.

The combined heat and power (CHP) plant is the brain child of Evermore Renewable Energy, a company established by Derry entrepreneurs Ciaran and Stephen Devine three years ago. It will generate 15.8 MWe, the equivalent of enough energy to power 25,000 homes and businesses in the area.

The renewable power plant, which will create 18 permanent jobs once it is in operation, is the first of its kind on the island of Ireland. Construction work on the plant will create 200 jobs and Evermore Group expects the plant to become fully operational by summer 2015.  The plant will be the largest renewable energy project in Northern Ireland and represents a significant strategic investment in the North West.

Ciaran Devine, co-founder of Evermore says: “We are making a serious commitment to the Northern Ireland energy market. Working with the best partners in technology, fuel supply and financing we hope to show that Northern Ireland is a great place to do business so that further inward investment will follow. These projects are extremely complex and they require the involvement of many statutory bodies and government departments and we hope this Investment will show the rest of the UK how committed Northern Ireland is to supporting renewable energy development, and how competent Evermore is at bringing these elements together and financing complex structures.

Stephen Devine, co-founder of Evermore says: “This is the culmination of many years of hard work to develop and finance the largest green energy power station in Northern Ireland. Our ability to attract this level of investment into Northern Ireland is testament to our team’s commitment and skill in both project development and project financing. This now marks the start of the construction phase and with that the creation of over 200 much needed construction jobs in the North West”.

Chris Holmes, MD of Waste and Bioenergy, UK Green Investment Bank, said: “I am delighted to see work commence on Northern Ireland’s largest renewable energy plant, and proud that the Green Investment Bank has been able to help make these ambitious plans a reality.  Our first investment in Northern Ireland will save over two million tonnes of wood from landfill, and save the same amount of carbon as taking 77,000 cars off the road.”

Minister for the Environment Mark H Durkan said: “I welcome the development of this biomass combined heat and power plant in Derry, the first of its kind on this island.

“As well as the obvious environmental benefits coming from the reduction of carbon emissions, I recognise and welcome the important contribution that this renewable energy project will make to both the local and Northern Ireland economies, creating over 200 jobs in the short term.   This plant will generate 15 megawatts of clean, green energy, which will make an important contribution to the achievement of Northern Ireland’s renewable energy targets and adds a new dimension to our renewable energy mix, helping create a better environment, a stronger economy.”

The plant will be built and operated by Burmeister & Wain Scandinavian Contractor A/S (BWSC) which is one of the world’s leading medium-sized commercial scale power plant providers.  It built and operates the 14MWe Western Wood plant in Wales.

Biomass will be supplied under a fuel contract which Evermore have agreed with Stobart Biomass Products Limited. Provision is being made to use up to 30% of local wood biomass.  Power NI will purchase all or the energy produced on a long-term contract.

Anders Heine Jensen, CEO of Burmeister & Wain Scandinavian Contractor A/S (BWSC) said:  “After four years of persistent efforts in close cooperation with Evermore Renewable Energy, we are very satisfied to be able to put ‘the cherry on the cake’ by adding this vital biomass project to our portfolio”.

“The financial crisis has led to increased demands for the soundness of projects, and we are proud that the new project lives up to today’s financial requirements. The confidence in BWSC as a trustworthy financially and technically strong partner has been absolutely crucial for the project”.

The plant’s forecast operations life is 20 years during which time it is estimated that it will save around 3.7 million tonnes of CO2e, and it will produce enough electricity to supply more than 25,000 homes in Northern Ireland.   Mr Devine says he is grateful to the support his company has received from the Department for Enterprise Trade and Investment, Derry City Council and the Londonderry Harbour Commissioners authority.