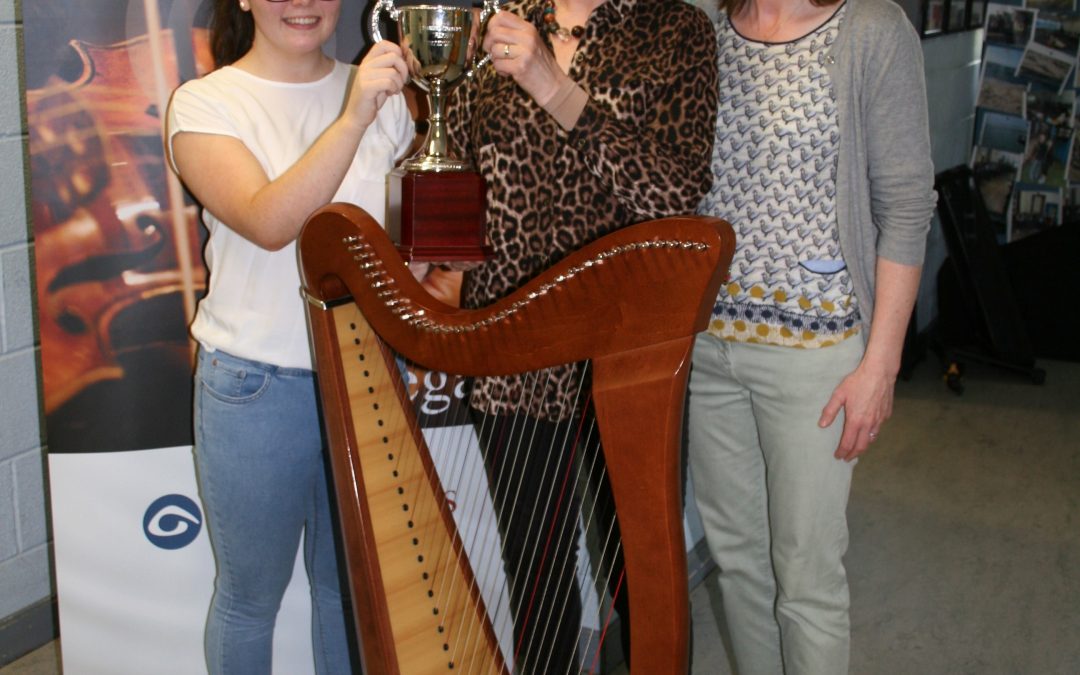 Young harpers from Inishowen won every single category of the U18 Harp Competitions at Fleadh Cheoil Dhun na nGall in Moville at the weekend.

Fleadh organiser Clodagh Warnock says its proof that the Harp is experiencing a real-life revival in the peninsula.

By 2010, there were only one or two harpers left in Inishowen, says Clodagh, who is also the director of Moville local traditional music school, Ceolan.

Clodagh says when she established Ceolan 8 years ago with Roisin McGrory, the harp was one of their priorities. “Now, eight years on, we have 18 young harpers taking lessons in Moville, and at least 10 more have already passed through our ranks.”

Clodagh was one of the leading organisers of the 2018 Fleadh Cheoil Dhun na nGall, which was held in Moville for the first time ever this year.   She says that young harpers were honoured in a special way in the Fleadh this year, thanks to sponsorship from local bakery, Daniel Doherty’s Bakery.

“The 15-18 years solo harp competition has until now had no cup for presentation to its winner. Thanks to Daniel Doherty’s, this has now been rectified. They have kindly donated a Perpetual Cup which was presented to the overall winner of this competition – Kieva McGonagle from Redcastle.”

Clodagh says that the holding of the Fleadh in Moville for the 1st time offered a great opportunity to highlight “the hard work that has gone into rejuvenating the art of harping. Ceolan has started a harp ensemble group with 10 of our pupils, under the guidance of harp tutors Joleen McLaughlin – of The Henry Girls – and Kerri Mullan. They had their inaugural performance on stage at the Fleadh opening concert in St Eugene’s Hall, Moville 7.30pm on Thursday 10th May. There were 12 harps on stage together alone!”

“The harp is our national instrument and thankfully now is being promoted in Inishowen. There is a wealth of ancient music associated with the harp and this is being integrated back into current repertoires that are played in sessions in the Peninsula.”

However, Clodagh says that the cost of the instrument is a “huge set back and unfortunately some children are forced to give it up as they can’t afford to buy their own instrument. I would hope for the future that there would be serious financial help given to us to try and source proper instruments for our talented young people. This would help the harping tradition in Inishowen to flourish and grow.”