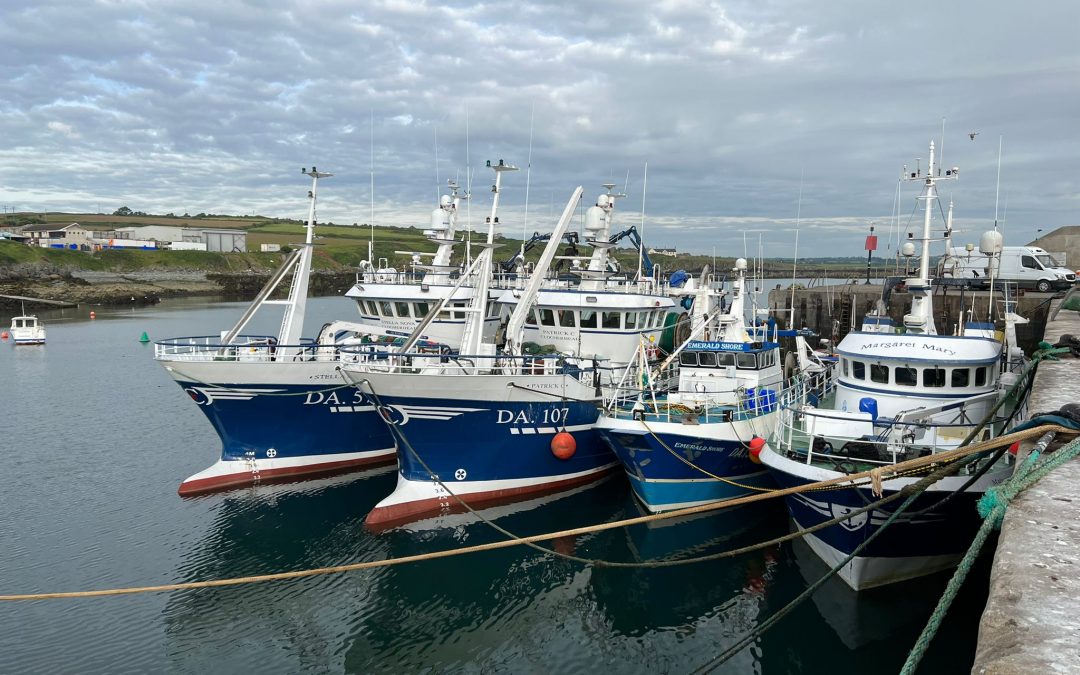 Seafood Sector Call on Government to Draw Down EU Subsidies

Rising fuel prices are crippling the Irish Seafood sector, including fishermen, aquaculture producers and fish processors. That’s according to Aodh O Donnell, chief executive of the Irish Fish Producers Organisation (IFPO), who says the crisis is a threat to food security.

The entire Irish Seafood Sector are calling on the Government to act now to claim available EU funds to compensate the seafood sector and get the situation under control.

As CEO of the seafood processors, Brendan Byrne of the IFPEA says the European Commission adopted a ‘Temporary Crisis Framework’ for the seafood sector on 23rd March. “This was to enable Member States to use the flexibility of State aid rules, to compensate for high energy prices.

“In addition to this, just two days later, the commission activated a crisis mechanism to grant financial compensation for lost income and additional costs, because of seafood market disruption. It was activated under the umbrella of the European Maritime, Fisheries and Aquaculture Fund (EMFAF. The EMFAF crisis mechanism is a temporary measure and applies retrospectively as of 24th February 2022 and will be in place until the end of 2022.

The Irish Government has abjectly failed to act, despite jobs already being in jeopardy says Enda Conneely of IIMRO. ‘’This is despite a desperate plea from all sectors of the Irish seafood industry, and a clear time limit for access to approved EU  funds’’.

Marine biologist, Dr Kevin Flannery, of the Fisheries Local Action Groups, says the seafood sector has a crucial role in the Irish economy. “The Bord Iascaigh Mhara (BIM) Business of Seafood report for 2021 clearly shows the vital importance of the seafood industry to the economy of our fishing communities sustaining over 16,000 jobs. These jobs are mainly located in peripheral areas. So, any job losses will hit hardest at the heart of our coastal and maritime communities.”

John Lynch of the IS&EFPO points out that “the Irish Government is failing to activate the funding made available by the EU for the seafood industry. “Meanwhile French, Spanish and many of our fellow EU compatriots who fish our seas are receiving targeted benefits to aid their seafood sectors and enabling them to continue operations”

“We need to prevent a wipe out of the seafood industry which threatens our ability to make a significant contribution to EU food security. In order to do this, we must be on a level playing field with our EU counterparts.”

Norah Parke, on behalf of Killybegs Fishermen’s Organisation, says they support the Irish fishing industry’s stance. “We appeal for immediate action by the government before many vessel owners, processors and suppliers reach a point of no return. This is due to the unsustainable spiral of costs facing the fishing industry and further supply chain. It is incomprehensible that there is a solution available which is not being used”.

Patrick Murphy (IS&WFPO) sums up the situation.  ‘’We have a united Irish seafood industry of Fishing, Fish Processing, and Aquaculture Sectors. Together we demand that the Irish Government act now. The Minister for the Marine must at least activate the provision granted by the EU Commission to release essential funds immediately’’.